Despite being a huge fan of the Resident Evil series, I somehow never played through the 3rd installment. For this reason I was very happy to learn the game would get the same remake treatment that Resident Evil 2 did last year. It came about faster than I had anticipated though, and released this past Friday. I just so happened to get paid that same day so I decided it would be my gaming purchase for the month. Quarantine has kept me locked in doors giving me more time to play through these games so I gladly invested in my entertainment future. I should note that back when Resident Evil 6 released I picked up the Anthology edition that contained codes for downloading all of the games on my Playstation 3. However, these were just the PSOne Classic versions, and though I had intended to try and play through it back then, I just never got around to it, and going back to PSOne graphics is tricky. Honestly I think this is the best way for me to experience this part of the series that I originally missed. I can already say that it has bridged some of the gaps in story that I lacked when playing some of the newer iterations. 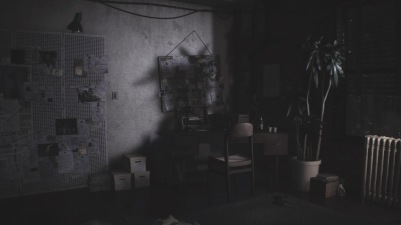 The introductory sequence starts out in first person perspective, and I thought that was pretty cool. I really loved Resident Evil VII in which the game was pushed into the first person space, and so this was a nice touch. However the game switches to the traditional over the shoulder viewpoint rather quickly. You’ll start out playing as Jill Valentine, who was a member of STARS and introduced in the first game. She was absent from Resident Evil 2 though you can imagine that these events were happening around the same timeline, as she is in her own apartment and the conspiracy board in the background shows that she has started to put together Umbrella’s involvement in the events of the first game. Obviously by the time the events of RE2 transpire, the virus would have spread from the manor/lab to Raccoon City. This also means that the events of RE3 have to be happening around the same time, though Leon and Claire are dealing with things in and around the police station while Jill is out in the larger portion of the city. From here there will be some spoilers, only because I want to share some cool parts of the game along with screenshots, and if you haven’t played this 20 year old game yet, then welcome to the club. Come back after you’ve finished it. Otherwise, enjoy the ride. 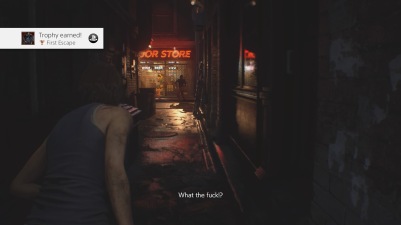 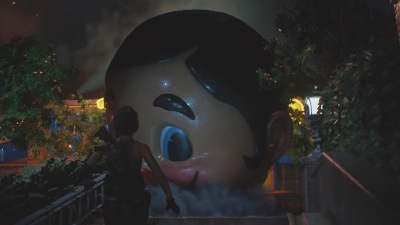 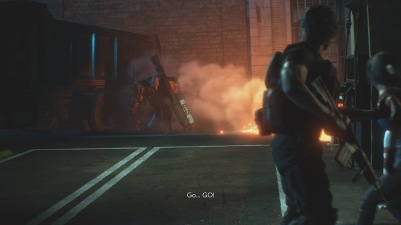 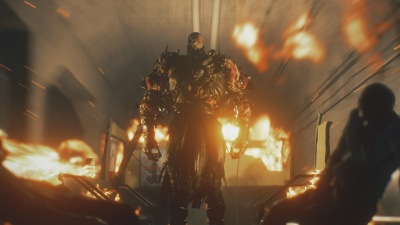 It doesn’t take long to be introduced to the main villain, Nemesis. He’s a hulking brute that uses tendrils to grab you and pull you towards him, but later comes in additional flavors. He pops in and out of your playthrough, is impossible to actually kill, and makes life difficult for our protagonist. Soon he’ll pop up with a flamethrower, and later he’ll sport a rocket launcher. He’s a bastard, and every time a cutscene makes you believe that he’s dead, there he is again. Eventually you’ll run into a guy named Carlos who later becomes a playable character, and his organization works for Umbrella, but seems to be ignorant to the fact that his company is responsible for this mess. His commanding officers are dicks, but one does give his own life to save yours, so there’s that. I reached a point where I escaped the city and took over playing as Carlos, who was heading into the RPD building, so perhaps more of the story gaps will be closed between games. 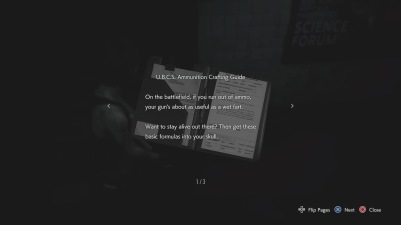 The gameplay loop in generally the same as other Resident Evil games. You’ll find a multitude of herbs, ammunition, and craftable items, along with books, notes and scribbles that give more insight to the lore of the game. Eventually you’ll have a plethora of guns, but never enough ammo. I’ve found this game to be more challenging than its predecessor, but also more challenging than the newer games as well. You really don’t get enough ammo to deal with the amount of enemies, as each take way too many shots to dispose of. Then as you progress through levels some will respawn, so it really is beneficial to simply run past those enemies that you can. You’ll also do a ton of running away from Nemesis, so I suppose that’s the intended loop. Overall the game looks and feels just as good as the last remake, but because the story is something I knew nothing about, it has pulled me in even more. Honestly these past two remakes and RE7 are my favorites of the series to this point. I enjoyed 4 solo, and really liked the co-op features of 5 & 6, but these remakes just feel so much better. Modern conveniences and all. Regardless, I love the series, I’ve loved these remakes and I look forward to where the series goes next with the next proper sequel.