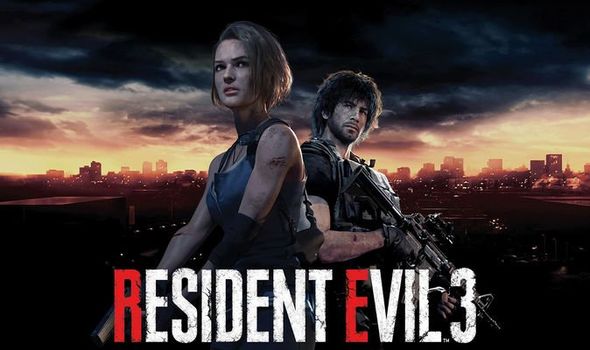 Last night, and after only two play sessions (though the 2nd was admittedly longer) I have completed the main campaign for Resident Evil 3. I didn’t really read reviews or look into anything about the game before purchase, mainly because it looked like it was the same sort of remake treatment that its predecessor got. I didn’t really pay too much attention to the news cycle around it, but I guess it did turn out that people were complaining about a “large” chunk of the game being removed from this version. Something about a segment in a clock tower, but I’m not entirely sure what that entails because I didn’t play the original version. There are references to the clock tower and I captured it in one of the screenshots I took while playing, but you definitely don’t visit it. I’m not sure how much that takes away from my overall enjoyment because I don’t really know what I’m missing. Things I liked about this title were the same things I liked about the last remake. It’s over the shoulder shooting fun and it’s so far above and beyond what the older games could do that I enjoyed the ride. My only real complaint is that it was a relatively short experience, but if you want to be a completionist to unlock all of the achievements and/or in-game unlocks there’s more time to be spent.

It was more difficult in some parts than its predecessor, but I still managed to get through most of it without frustration. I also enjoyed the way that you swapped between controlling Jill and Carlos throughout the story rather than playing through the game another time to see other parts, though that decision also cut down it’s length. There’s also the packed in Resistance that is an asymmetrical co-op thing I still haven’t tried and really am not all that interested in. I’ve gotten what I want out of the game and though it is a little disappointing to have a title this short cost full price, I still think it was worth it for me. Whatever the case, I enjoyed it, but if you have played the original perhaps you should skip it. If you’re simply a fan of the series like I am, you’ll likely have a good time, but I’d advise maybe waiting for it to drop in price. My playtime ran just under 7 hours. 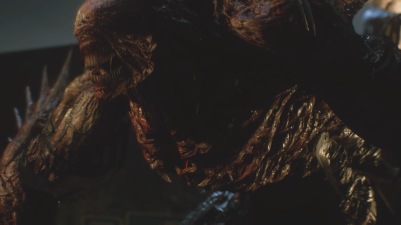 I will say that Nemesis was the star of the show, and some of the fights were not overly difficult but still interesting and cool. Just like in my Resident Evil 2 playthroughs, I was presented with an end result screen which details some stats. I didn’t do all that well, and could probably manage a better score but again, I’ve had my fun with it for now. 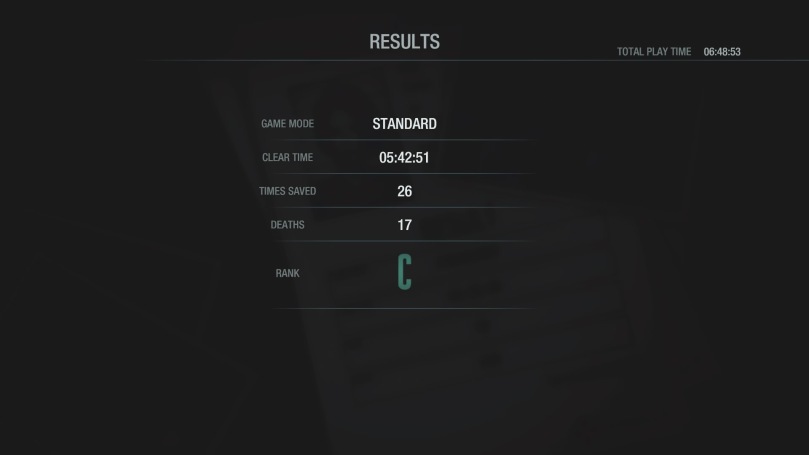 One good thing about the Resident Evil series is that it has been evergreen for me. I have played some of these titles multiple times, through various difficulties and earned various achievements and honors throughout. I can always come back to visit Raccoon City at a later juncture and still get enjoyment out of it, simply by turning up the difficulty or aiming for particular in-game challenges. Someone other than myself has probably already worked through most. Your mileage may vary.