Since the new Commander 2020 decks were spoiled, I already knew there were going to be some new leaders I would want to brew around. The first and easiest one to tackle was more of a changing of the guard rather than a fully new brew. Let’s look at the Legendary Creatures in question, and then I’ll continue.

I created a deck around The Locust God back when Hour of Devastation was being spoiled. Initially it started as just a way to benefit off of drawing cards, so I packed in as many ways to draw cards as I could, including cycling lands and some way-too-expensive enchantments and spells. It would evolve into a more competitive build as I included the Skullclamp/Ashnod’s Altar combo and ways to tutor these artifacts, until eventually I also decided it would be a wheels deck and the focus shifted towards that with the aforementioned combo as a win-con. Decks evolve over time, and though I was happy with the way my Locust God deck was performing, I instantly recognized similarities with one of the new cards: Xyris, the Writing Storm. The main difference between the two generals is that The Locust God benefits you when you draw cards, while Xyris benefits you when your opponents draw cards. But who’s to say The Locust God can’t be a part of his own clamp/altar combo within a Xyris deck? Why couldn’t Xyris be a wheels deck? My gears were spinning. Adding green to the deck can help us to ramp and get our win cons more effectively, but there were still other swaps to be made to splash some green into our build. This is an initial draft of this concept, but I think it already builds upon the shell I already had. So as I said, Xyris benefits off of opponent’s drawing cards outside of their draw step, and wheels with him on the board means you are drawing a fresh set of cards along with creating 21 1/1 snakes. So let’s look at our wheeling package first: 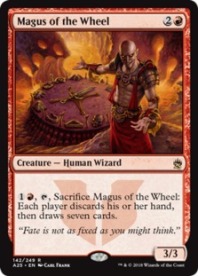 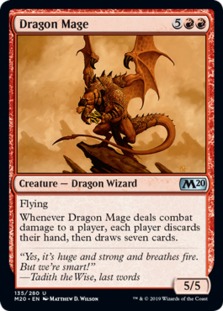 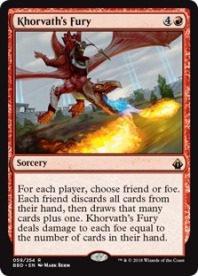 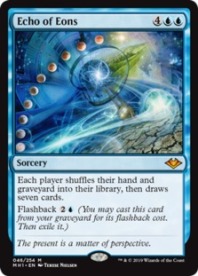 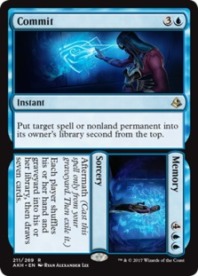 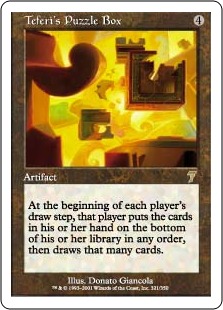 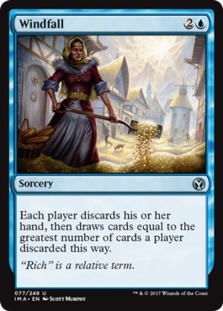 As you can see, we have a number of wheels that come in the form of creatures and spells. Some are reusable, some deal some damage, some only affect you but most also affect opponents as well. Teferi’s Puzzle Box is particularly lethal in conjunction with Narset, Parter of Veils, who will deny opponents a hand altogether. You probably shouldn’t drop that without a clear win path though. Next up, cards that will help opponents draw more so that we can create more snake tokens: 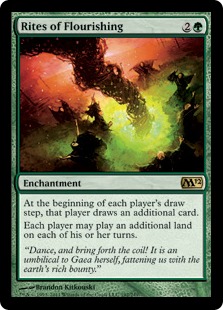 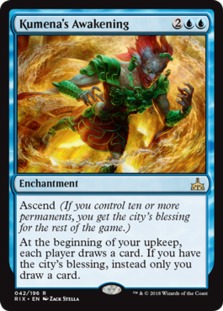 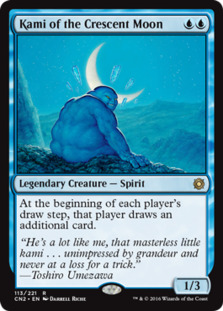 I’m hesitant to call this a group hug deck, despite the fact that all of these cards benefit our opponents by drawing them cards. Of course, we too benefit from the additional card draw, and if you stack some of these up it’s going to mean multiple snakes per turn for you, and more cards in hand on your turns. This benefits both Xyris and The Locust God, so both game plans synergize with the above strategy of giving card draw to opponents but also wheeling often to get the most benefit of it all. Speaking of wheels, let’s look at some other payouts for drawing and discarding cards throughout a match: 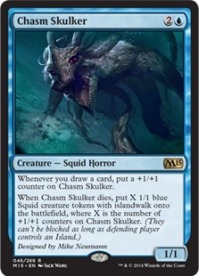 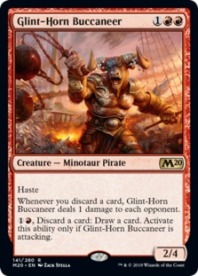 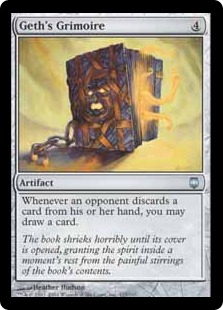 Since I had already built The Locust God to also have supporting players like Niv-Mizzet, the Firemind and Psychosis Crawler, I’ve included them in the build. Newer cards that are releasing with Ikoria such as Brallin and Rielle benefit me for discard cards through wheeling or cycling. Geth’s Grimoire is built to help me draw more cards than my opponents when we do the discard and draw dance. Plenty of payouts here that work well on their own, but also can lead to win cons as well. Let’s talk about winning then, shall we? 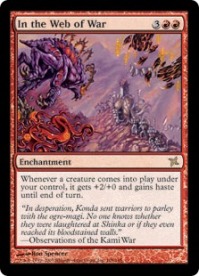 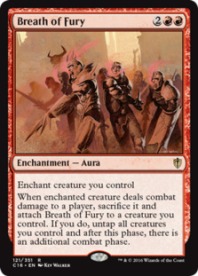 There are some repeats of cards in here, mainly because they stood alone in other categories, but combined here we have several win conditions. Locust God + Skullclamp + Ashnod’s Altar is an infinite loop (that you can choose to stop when you like, or draw most of your library) you can use to likely make enough 1/1 fliers to get a win, however sometimes you need some more punch, so cards like In the Web of War and Shared Animosity are in the deck, because they will benefit both your locust tokens and your snake tokens making them hit harder, allowing you to go wide enough to get past blockers. Niv-Mizzet + Curiosity is another old time combo that goes infinite itself allowing you to ping players down, while the same card attached to Brallin can help you to end a game as well, almost incidentally. You see, if you have more than seven cards in hand come your end step, discarding to hand size will do a damage to a player, and he will draw you a card, and do a damage, but then you’ll have the extra card again, and you’ll repeat the process until you see fit to stop. Finally, I’ve included Breath of Fury because with enough locusts, you can theoretically get infinite combat steps, hopefully drawing more cards along the way to pump out more locusts. Now, let’s look at a few outliers before wrapping this up: 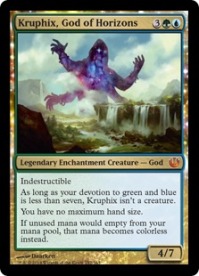 These last few cards offer support for our other gameplans. Kruphix, God of Horizons allows us to create explosive turns, where perhaps we can play our commander and wheel more than once to finish out a game. Ohran Frostfang is itself a snake, so it will get the benefits from the attack based enchantments we’ve already gone over, but also gives all attacking creatures deathtouch! To top it off, our army of deathtouchers will draw us cards as they do damage to players. Seshiro the Annoited is our only real dedicated snake support, but he packs a punch. He also gives snakes the ability to draw cards off of player damage, but also pumps them +2/+2, so we’ll have an army of 3/3’s in no time! Lastly, since that is our only static buff for creatures, I’ve included Meekstone, as it will keep bigger creatures tapped down while our 1/1’s can get through turn after turn.

Overall I’m really excited for this one to be playable. I have a large portion of the cards outside of those that haven’t released yet, so I should be able to playtest this sometime next month. Up next, my personal spin on the face commander from one of the cycling precon, the other commander I’m most excited to build from the new set.