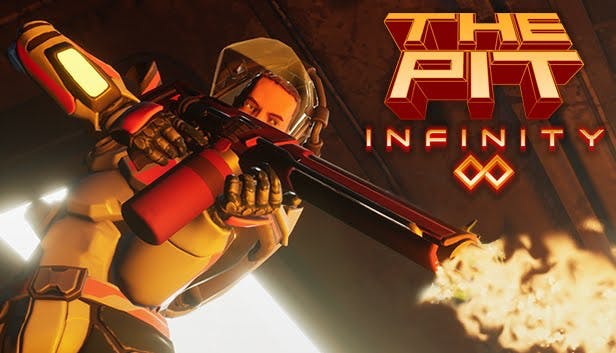 If you haven’t heard of The Pit: Infinity, I wouldn’t blame you. Perhaps you’ve heard of the series of games that spawned this, which despite using the same series name they aren’t really all that related. Sword of the Stars was a mid-2000s space strategy game that was compared to Homeworld. It spawned a sequel several years later, and then a game called Sword of the Stars: The Pit, which I ended up buying back in the day off of GOG.com. As I had a DRM free copy, it ended up never making it to my new PC and eventually the game made its way to Steam where I picked it up again. It’s a traditional style rogue-like game with turn based movement and a variety of systems that made it a rather fun title, which is also why I wanted a copy on Steam. With that said, the day that I saw it on the marketplace and decided to buy it, there was also a new game of theirs in production and there was a sale for buying both at the same time. I ended up buying the bundle but The Pit: Infinity was still in early access. I tinkered with it a little bit but decided I would come back to it after release.

Well, I’m here to tell you that early access has come and gone. The game officially released on Steam back in November of last year, which I mentally noted at some point but it took quarantine to have the time to start playing some games I’ve neglected for far too long from the backlog. I’m here to give some impressions after playing a few sessions yesterday. The Pit: Infinity is essentially Sword of the Stars: The Pit but in full 3D first person shooter mode. It’s literally the same style of game, though it feels a little more forgiving than the original. I should also notate that it appears they have dropped the Sword of the Stars moniker from the 2013 game, and it’s now just called The Pit. Whatever the case, they are the two ends of the same coin. Both have rogue-like mechanics and account progression systems. Both use melee and ranged weapons along with a slew of skills that affect how you approach each run. Your goal is to get to the bottom of the pit, which is something I’ve never done in either game. Regardless, they’re both a spot of fun, particularly if you enjoy one or both of genres, also if you prefer a slower and more methodical shooter.

There have been some changes from what I can recall from trying this game about a year ago. The textures and atmospheric effects are definitely improved, but it still feels a little janky. The developers, Kerberos Productions, have made it their mission to produce A+ quality games with minimal overhead according to their website, so you can see where there ambition meets the budget and concessions are made. It’s not a bad looking game by any means, but the animations aren’t the best and the environments aren’t very inspired. It does produce a sort of charm though, and because I enjoyed the source material, I still managed to find the fun in it despite it’s technological shortcomings. It’s just sort of hard to go from playing Doom Eternal to this and not notice the drop in quality.

That’s not to say it’s all bad. The first screen shot depicted the new character select at the beginning of the game, and that was a nice addition. I also enjoyed the fact that the put in a section at the start where you exit your space ship and actually have to fight some enemies before even entering the dungeon, which was a tribute to the original game. I also feel like the added animations for opening containers were a nice touch, though it doesn’t always seem to line up with how it would in real life. For example, when you’re repairing a broken cooker or other such crafting station, you kneel down and “do repairs” but the camera locks in a position where you are essentially staring at your knees while repairing delicate equipment. I don’t expect you to show exactly how I repair the machine but I should at least be looking at it to do said repairs.

Another low point for me is the UI overall. It’s pretty ugly. I appreciate my health/food/stamina bars being visible, along with ammo counts and my equipped items as well for quick reference, but it didn’t have to be so ugly. Parts of it seem like they’re trying to emulate The Elder Scrolls or Fallout with some of the menus, but it just doesn’t come across the same and I would have liked something a little better but it is what it is. I’ve played worse indie games. The gunplay isn’t fantastic, the movement is stuck between full FPS and the turn-based move-one-square-at-a-time gameplay of the orignal, and that feels weird, but after a floor or two it becomes less noticeable.

Eventually, you’ll go down floors, get new goods crafted and kill a ton of creeps. Some of these are obviously harder than others, and sometimes it’s a better idea to just jump down a floor rather than fight the thing that’s going to kill you, but you might miss out on needed supplies as well. I suppose it has all of the trappings of any rogue-like game you’ve played, but I applaud their dedication to moving their own game into a different space. Fans of the original will feel at home fast enough, but I’m not sure I’d tell you to start here, the original game might actually be a better place to start.

I managed to make it 6 floors deep on my best run, but ran into a little robot that did a fuckton of damage and I couldn’t seem to kill it despite using all of my remaining ammo. The rest of the run would have been difficult because ammo doesn’t come all that often, so it’s probably better I just died there. One comparison I have to make that is unfortunate is to the game Void Bastards which I wrote about last year. It does the same sort of thing, mixing elements from various successful rogue-like formulas from other games and puts its own spin on it, and I actually think it was a much better and more polished experience. I’d recommend it over this one, outside of die hard fans of The Pit.