The World of Magic: The Gathering is a strange place. Not only does Wizards of the Coast seemingly pull new product ideas out of their asses, but some of their newer offerings are beginning to feel a bit like a cash grab. The secondary market is making things worse to be fair, but creating products that appeal to a wide audience and then selling them at an already high MSRP (which technically doesn’t exist for them anymore, but they’re still selling to distributors at particular price points for particular products, while those distributors then mark up to sell to an LGS, who then marks up to sell to you) lends itself to that concept. We’ve seen a pattern of core sets and normal standard rotation sets along with supplemental products for years, but the inclusion of themes and collector’s boosters have artificially inflated the prices of some boxed products. They’ve even taken a chunk of the secondary market for themselves by releasing products like Secret Lair which are just new-art reprints of sought after cards which they sold for what typically ended up being more than the cards were worth. I occasionally splurge to get some bling for a favorite deck, but when said bling becomes prohibitively priced (packs and sealed products that are randomized are gambling, after all) with a risk attached, I’m probably out. I’ll save some coin and buy singles.

So this pattern has persisted as we’ve been seeing these supreme collector’s items with each new set, and though secret lairs have slowed down for a while, we then had a hubbub about shortages in printing of Jump Start, which was already in high demand before release. This is all old news, by the way, but I have yet to comment. So this set is considered an “unlimited print run” which means as long as there’s demand, they will continue to print. WotC has already said that there will be more of Jump Start coming down the pipeline, but that didn’t stop some eBay from grabbing up the product, and then marking up the boxes because of the shortage. Reportedly, some customers even had orders cancelled stating that they didn’t have enough product on hand (despite taking preorders) and then immediately relisted for more money. This set in particular is on par with a standard set though, so it’s not worth the $200+ that people are charging for a box, while you can grab a box of Core 2021 right now for $99. As such, people are stupid for falling for these price gougers, but also it’s sad that it’s happening. Enter the next elephant in the room:

We haven’t had a “masters” set in a couple of years. The last one was Ultimate Masters, and it was hailed as one of the best masters sets in years. I rather enjoyed the reprints I was able to get my hands on. Despite the fact that we have Commander Legends coming later on this year which is specifically made for EDH players, masters sets have always provided needed reprints for eternal formats. As such, I was excited for Double Masters despite the fact that it’s a terrible name. When we started getting promos, it became clear that there were a large number of needed reprints of cards that have become really expensive to buy singularly — this set has proved once again that the idea works, but they didn’t stop at simple reprints, instead there is something more for that collector with deep pockets (maybe you?).

Typical masters sets have more expensive packs than those in standard sets. This is presumably because there are more “chase cards” that are worth more money, despite the fact that reprinting cards costs exactly 0% more for WotC to produce compared printing new cards. There is usually something “premium” to draw you to one of these sets, and though it wasn’t a masters set, I’d argue that Mystery Boosters did this right. They reprinted OG art and added a foil in each pack and those foils were cards that were separate from the normal list of cards in the packs, along with being the first foil printing for those cards. That’s a cool little “gamble” while you’re really chasing the other cards in the set. Whatever the case, masters boxes are only 24 packs instead of the 36 packs that come in standard sets. So we’ve accepted paying more and getting less, and it’s probably too late to go back on that. But I remember sets back in around 2017 that were like $7 a pack instead of $4 a pack, while more recent sets were +/- $10 a pack. Typical box price of Ultimate Masters was between $200-250. This set, mainly because people know this is “limited print run” has already begun to spike, and boxes are over $300. The only real difference? Well, nothing really. There are two rare slots per pack, that’s something I guess. They have the box toppers, but I’m actually unsure if those are even part of buying a box of Double Masters due to another product that was also announced, which is this sets’ “collector booster.”

The VIP Edition is one pack of cards. It’s something like 33 cards, but you’re getting a chunk of full art lands (which are also reprints), still get foil commons and uncommons, and then you get box toppers. To be fair, the box toppers are awesome, and the ability to grab full art, showcase, or alternate art cards in regular packs in nearly every set this year has been pretty cool. But at the same time, the VIP booster costs like $100 for 33 cards while for $300 you get 360. Which is ridiculous to think you’re paying $1 per tiny piece of cardboard. Whatever the case, I’m really happy to see the reprints here. I need cards like Dark Confidant, Blightsteel Colossus, and a couple of the swords. I need a Mana Crypt and a Jace, the Mind Sculptor. I’m hoping the prices plummet enough to grab some singles, but with box prices what they are I can’t justify the gamble. Anyway, rant over. I do want to share the box toppers because they’re gorgeous, but otherwise that’s all I have for today. 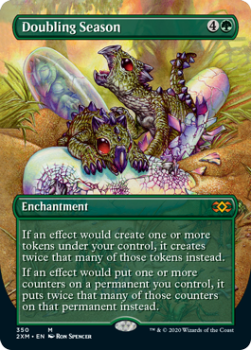 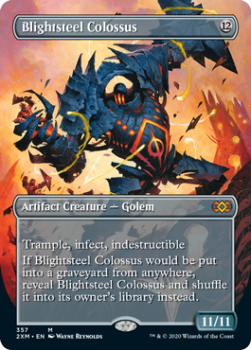 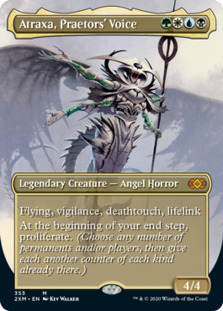 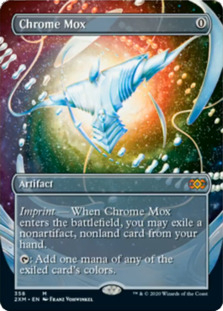 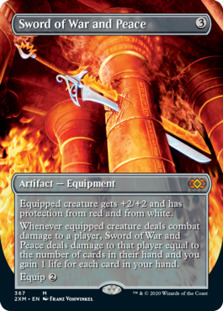 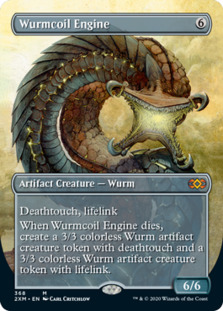 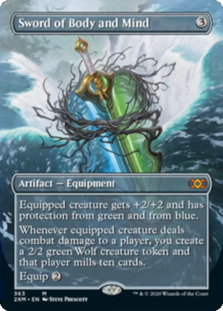 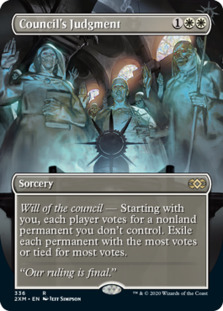 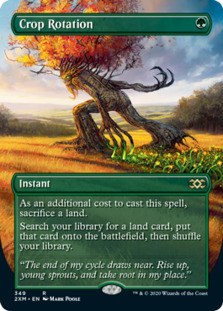 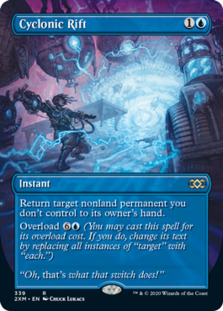 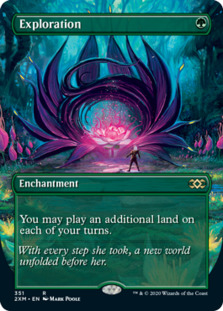 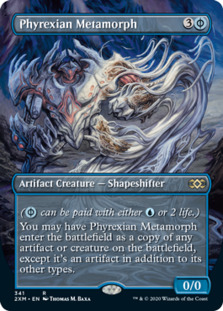 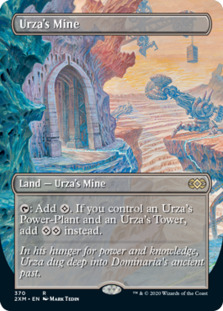 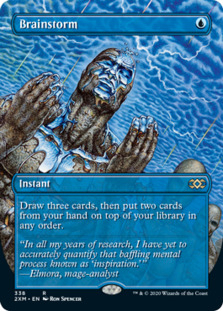 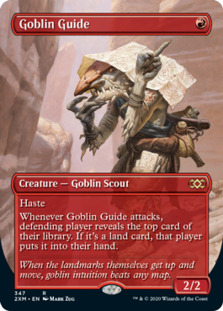 (Only in the VIP edition) 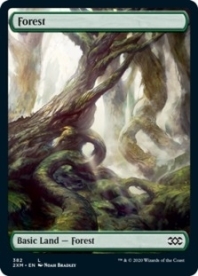 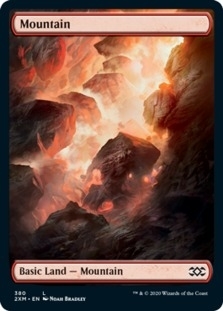 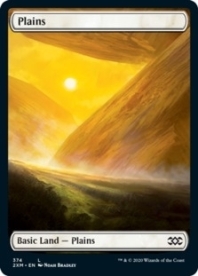